Following the Qur’an, Sunnah, Ahl al-Bayt and the Companions 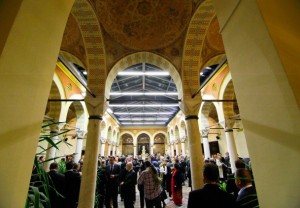 Following the Qur’an, Sunnah, Ahl al-Bayt and the Companions

This article is based on the author’s forthcoming book: “The Origins of Shi’ism and Sunnism”.
Dr. Spahic Omer, a Bosnian currently residing in Malaysia, is an Associate Professor at the Kulliyyah of Architecture and Environmental Design, International Islamic University Malaysia. He studied in Bosnia, Egypt and Malaysia. His research interests cover Islamic history, culture and civilization, as well as the history and philosophy of the Islamic built environment. He can be reached at: spahico@ahoo.com; his blog is at: www.medinanet.org.