Decoration as an Instrument of Deception

Decoration as an Instrument of Deception 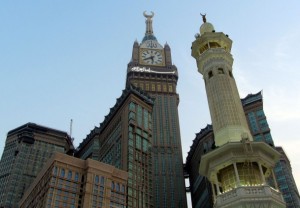 Islam loathes hypocrisy because it propagates discrepancies between a person’s outer manifestations and expressions, and his real self. A hypocrite is a person who is falsely adorned – one who camouflages his or her speech, actions and appearance.
Similarly, for the same reasons stated above, the acts of cheating, lying and conceit are also strictly prohibited in Islam. They are deemed some of the most damaging forms of vice. Their opposites – honesty, faithfulness and modesty – are the virtues most desired in human beings.
As a final point, performing the acts of decoration and embellishment for the purpose of spreading fallacy and deceit is by no means an easy task because the deceiver must suppress truth, which is at the core of the divine will and plan, alongside establishing falsehood, which is totally alien and never compatible with the spiritual paradigm of existence. Furthermore, Allah made the manifestations of the truth plain, unambiguous, universal and discernible to all. Truth is innately beautiful, charming, beneficial and necessary for the well-being of humankind. Falsehood, however, is a forgery and an irreconcilable entity – an opposing force to truth. Therefore, manipulating truth and falsehood through decorative deception is a daunting task. Surely, more than just some straightforward tactics and strategies are needed for making truth appear vile and repellent and falsehood appear pleasant and delightful.
Moreover, truth is at the core of every person’s inherent nature. According to Islam, humans have been created with the primordial disposition to worship Allah, their Creator. Therefore Allah, knowing the character of humankind best, on dispatching Adam (as), the Father of humankind and the first of prophets on earth to undertake the duty of vicegerency, consoled him by revealing that His guidance and signs would come to him and to all humans.
{We said: Go down from it, all of you. And when guidance comes to you from Me, whoever follows My guidance – there will be no fear concerning them, nor will they grieve.} (Qur’an 2: 38)
Nevertheless, many people still succumb to Satan’s cheap tricks and become hopelessly confused and disoriented, eventually losing their way. It stands to reason, therefore, that Satan is a very astute and competent creation insofar as his victims are concerned, and that the spell of his mean scams appears to be quite formidable. Resisting Satan’s advances requires a great deal of conviction, zeal, determination and perseverance.