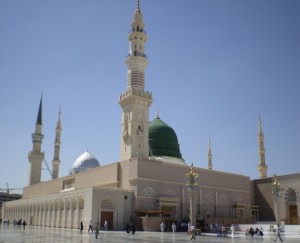 The interior of the Prophet’s mosque today