Boycott not only Products, but also Ideas and Values

Boycott not only Products, but also Ideas and Values 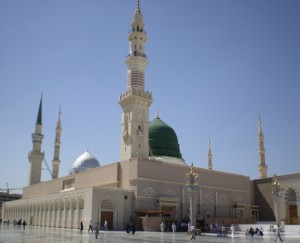 Without doubt, it is owing to this undeniable actuality that in the International Islamic University Malaysia (IIUM), a university subject titled “The Islamic Worldview” is taught in all Faculties (Kulliyyahs). Accordingly, each and every student must register and pass the subject which is a graduation requirement. The subject is taught in such a way that its topics and contents are not only dealt with conceptually, but are also attempted to be integrated into the relevant epistemological fields, such as human sciences, economics, law, engineering, art, architecture, medicine, information technology, etc. The subject of “The Islamic Worldview”, it stands to reason, serves to students as an eye-opener and a wake-up call, rather than serving as no more than an information, data and theories provider. It is all about critical and creative thinking from Islamic perspectives, as well as about paving the way for the demanding prospect of amalgamating the secular and religious, the material and spiritual, and the theoretical and practical dimensions of Islam as a complete way of life.
The objectives that the academic subject in question strives to achieve are, firstly, to acquaint the students with the profound meanings, characteristics, foundations and objectives of the Islamic and selected non-Islamic worldviews; secondly, to make the students comprehend the major aspects of the Islamic worldview and their vast implications for life, thought and personality and society building; and thirdly, to enable the students to identify some foremost challenges faced by contemporary man and society, and to discern how Muslims should respond to them. To many, including the author of this paper, the subject of “The Islamic Worldview” is a microcosm of the complete educational philosophy and system of the IIUM which, as its noble mission, promotes and tries to accomplish the principles of internationalization, Islamization, integration and comprehensive excellence.
This is so because in Islam, the ultimate goal of education is to produce exemplary men and women who will not only be excellent professionals, but also excellent citizens, parents, spouses, neighbors, friends, etc. That is, they will be able to function in all contexts as excellent vicegerents and trustees (khalifahs) on earth, an honorable title accorded to us by our Creator and Master. Raising and educating our young men and women in the spirit and under the aegis of some conflicting and alien-to-Islam ideologies and value systems is not just a moral disaster and an act of perpetuating the predicaments and maladies that incessantly cripple the minds and souls of Muslims, but also an act of betraying perhaps the weightiest of trusts that has been placed upon the shoulders of governments, institutions, schools, colleges and universities, and the shoulders of all the personnel linked, one way or another, with those bodies and establishments. Definitely, our future lies in the hands of our children (students). Misguiding and mis-educating them signifies a collective cultural and civilizational suicide.
In view of all that, Prophet Muhammad (pbuh) used to implore Allah to enlighten and educate him first, and then to enable him to translate that most crucial life segment into the realm of tangible life realities, that is, to enable him to act befittingly in all situations. He used to pray: “O Allah, show me the truth as the truth, and enable me to follow it. O Allah, show me falsehood as falsehood, and enable me to stay away from it.”
Finally, the gist of the subject matter discussed above has been comprehensively encapsulated in the words of Allah that He will not change the condition of a people, or a community, until and unless they change what is in themselves. (Surah al-Ra’d, 11)
Thus, ours is to change what is in us and within our domains. Allah will then take the lead in altering and improving that which is beyond us and beyond our capacities. We must not forget that the latter is not automatic. Rather, it is conditioned by the former and the quality of its execution. The greatest irony would thus be to get obsessed with trying to solve the issues which belong exclusively to Almighty God and His “jurisdiction”, but at the same time neglect what is incumbent upon us as individuals and groups and what belongs to our own “jurisdiction”. Unfortunately, nowadays many Muslims tend to do just that. Trivialization has taken precedence over prioritization.
About the Author:
Dr. Spahic Omer, a Bosnian currently residing in Malaysia, is an Associate Professor at the Kulliyyah of Architecture and Environmental Design, International Islamic University Malaysia. He studied in Bosnia, Egypt and Malaysia. His research interests cover Islamic history, culture and civilization, as well as the history and philosophy of Islamic built environment. He can be reached at spahico@yahoo.com; his blog is at www.medinanet.org.